The Rhythm of Words – Alliteration and Onomatopoeia

Using alliteration and onomatopoeia can make ordinary sentences in your story fun for parents to read and give a child a reason to giggle. 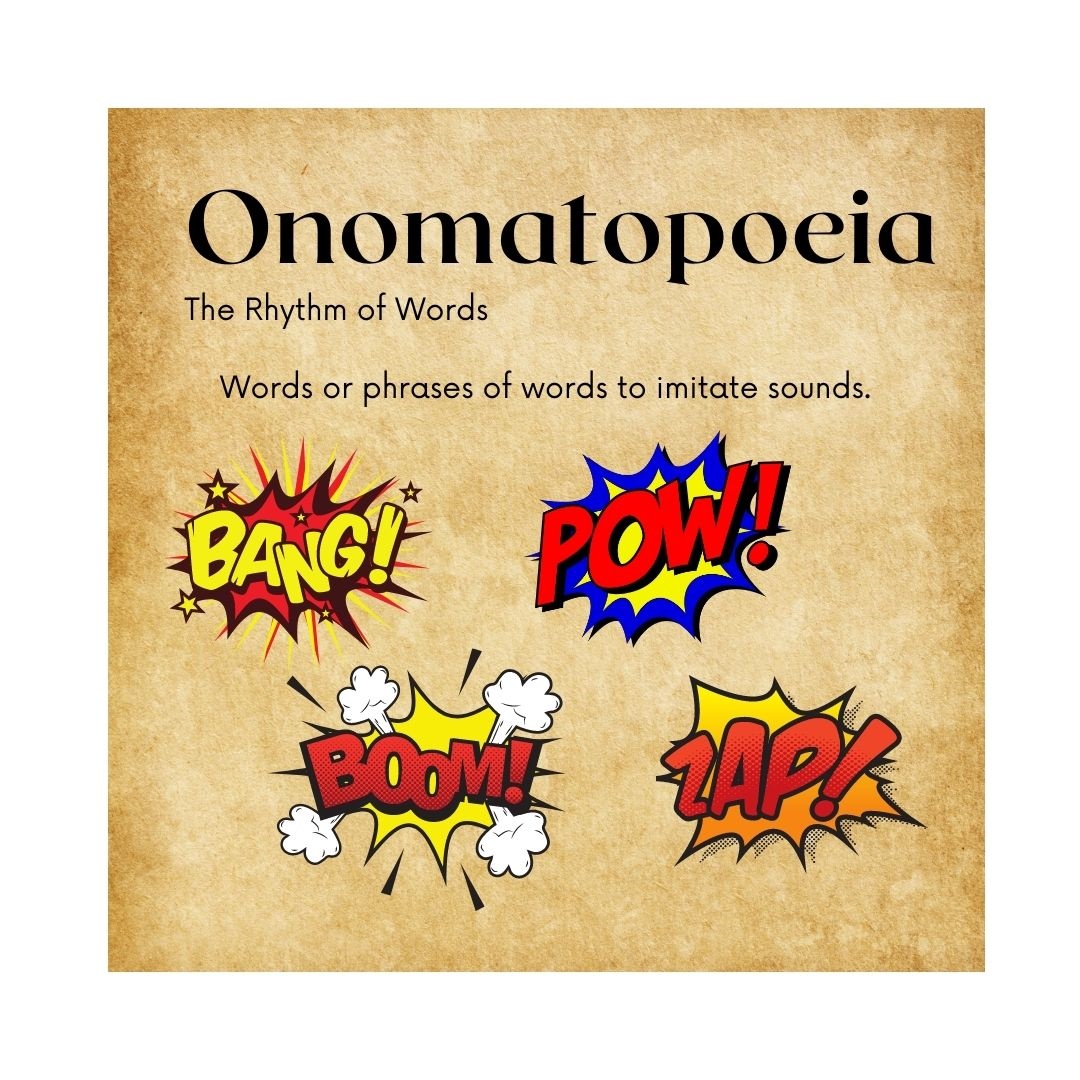 I’m working on a children’s story that has fun with words. In the story I am using both alliteration and onomatopoeia (Try saying that fast). One of the first things I learned about alliteration is that it not only starts with same letter but also the same sound is used repeatedly in a sentence or phrase. The sound is a consonant sound, and the words don’t have to be right next to one another.  When I was a child whenever I got the hiccups my brother would tell me to say:

I’m not sure it was a cure for the hiccups but it made me laugh and think about something else. It is also an excellent example of alliteration because of the consistent repeating of both the same letter and sound. But how can we use alliteration in a story? How about this:

Frankie Fountain stole Freddie Runyans football on the Friday before the town of Flat Flop played the county-wide flag football game against the Fearless flying Frogs. The fearless Flying frogs were the defending flag football champs. They cheated each and every year.

Many Mississippians make music. Molly was one of them. She loved the mandolin and practiced on it whenever she had a minute.

Another element of the rhythm of words is onomatopoeia which uses words or phrases of words to imitate sounds. An excellent example is the children’s book, The Great Fuzz Frenzy, by Susan Stevens Crummel. In the story a dog rolls a tennis ball into a gopher hole.

Run For Your Life!

With just the words you can hear that ball rumble down the hole until it stops with a final plunk.

Using alliteration and onomatopoeia can make ordinary sentences in your story fun for parents to read and give a child a reason to giggle.